"Joker On The Loose!"
Get up to date with our latest news on Gordon's work. An inside only story of how he faced the Joker.
Click to Sign Up 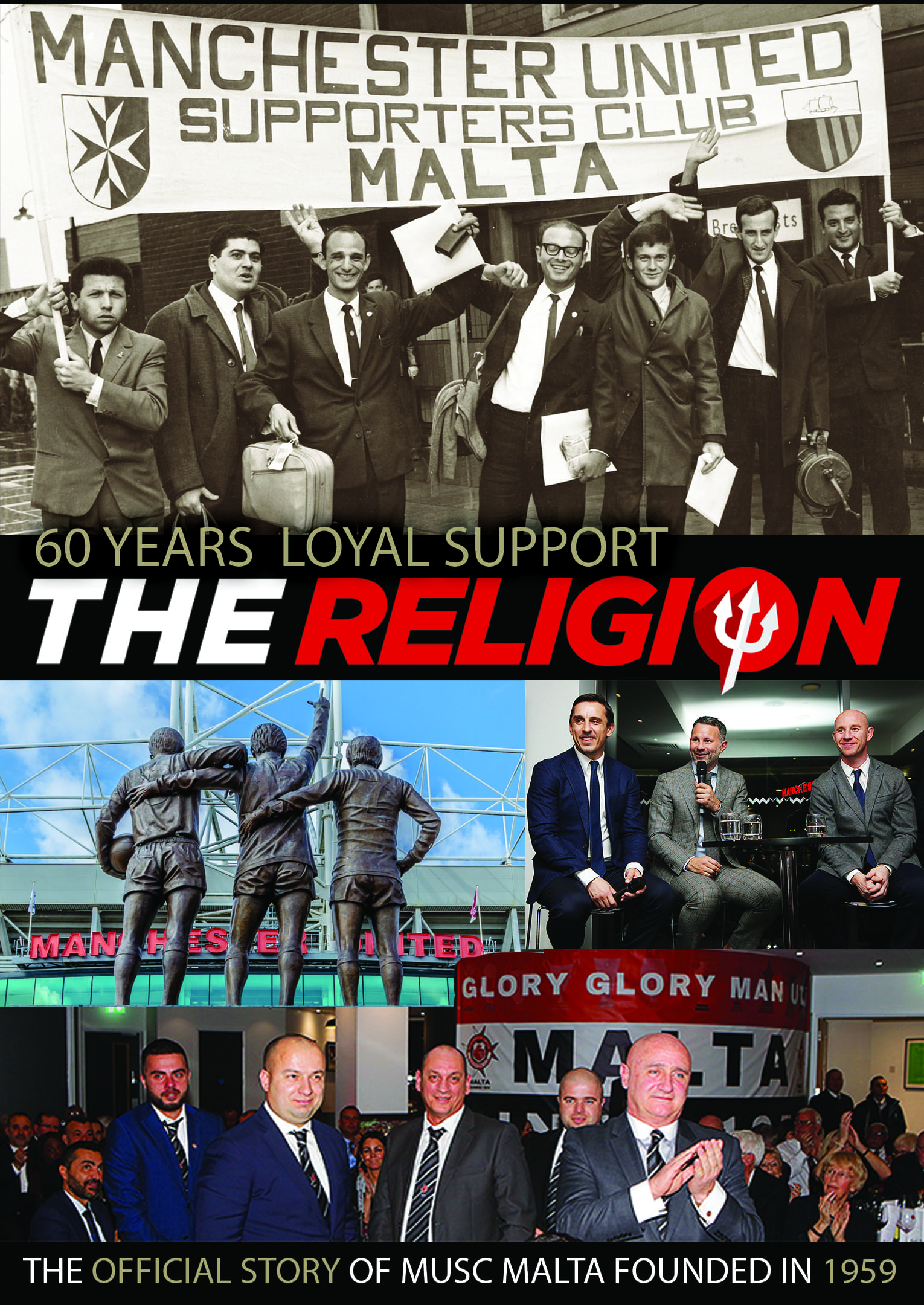 'The Religion: 60 Years Of Loyal Support' 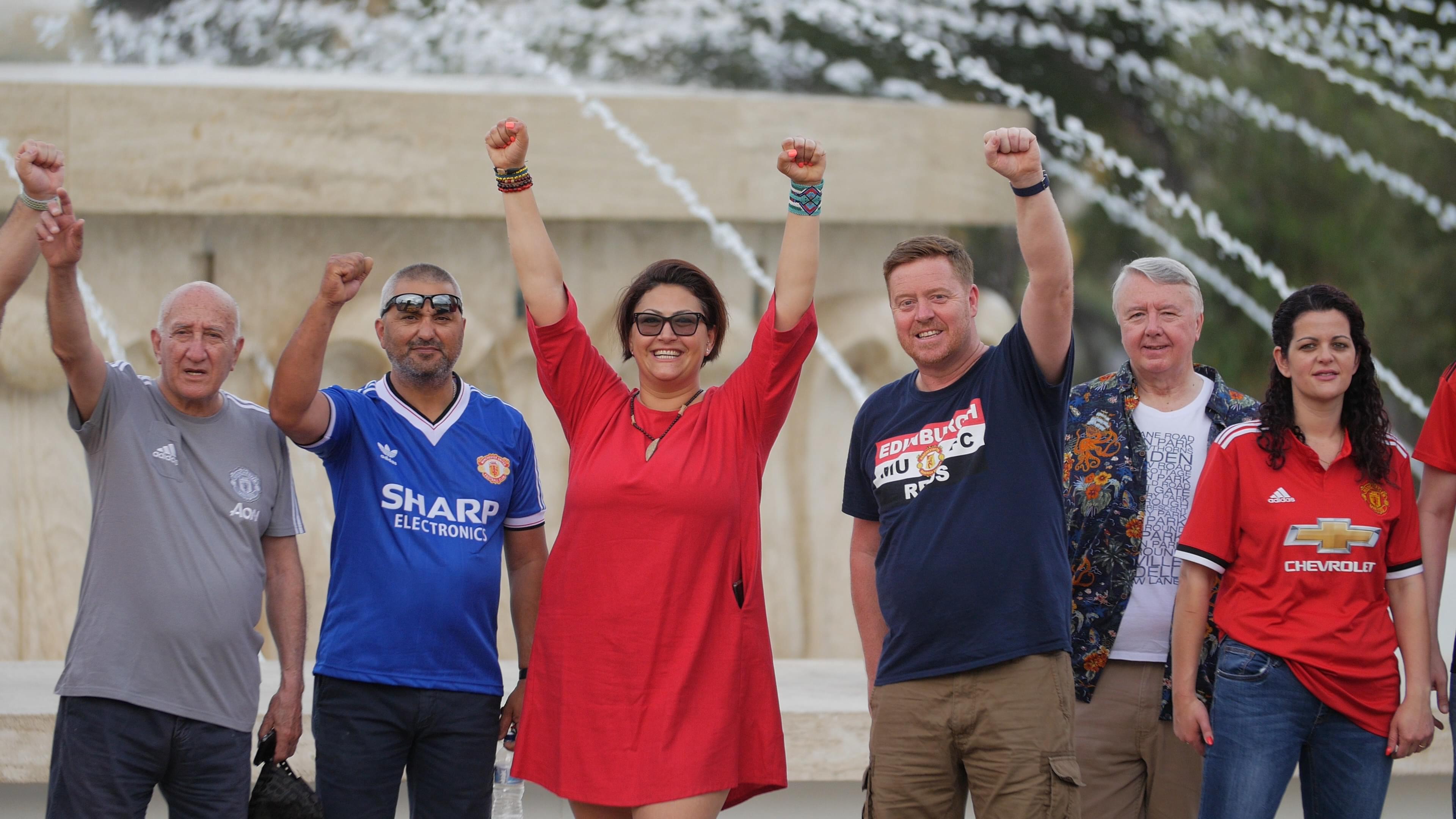 "For these football fans, and many like them, their religion is Manchester United."
Featuring the Class of 92 and a star-studded cast of United heroes including Bryan Robson, Paddy Crerand, Denis Law, Alex Stepney, Sammy McIlroy and Sir Alex Ferguson, this unique documentary will fascinate football fans worldwide who know how it feels to love and worship a football team.
It is a film that every Manchester United fan must watch to find out what triggered the fanatical global fanbase that has turned the Red Devils into the best supported football club on the planet.
STREAMING IN 4K
BUY NOW 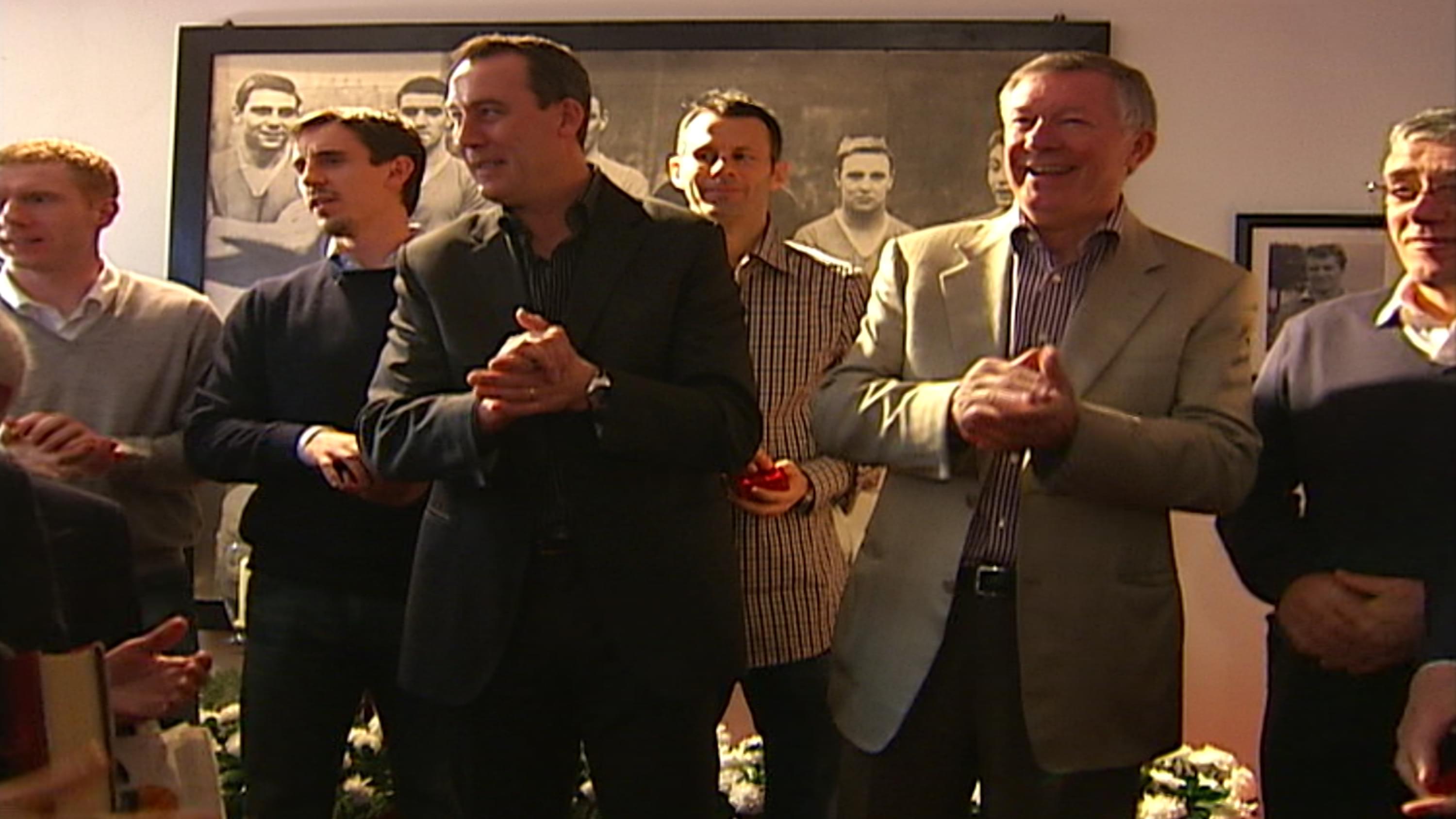 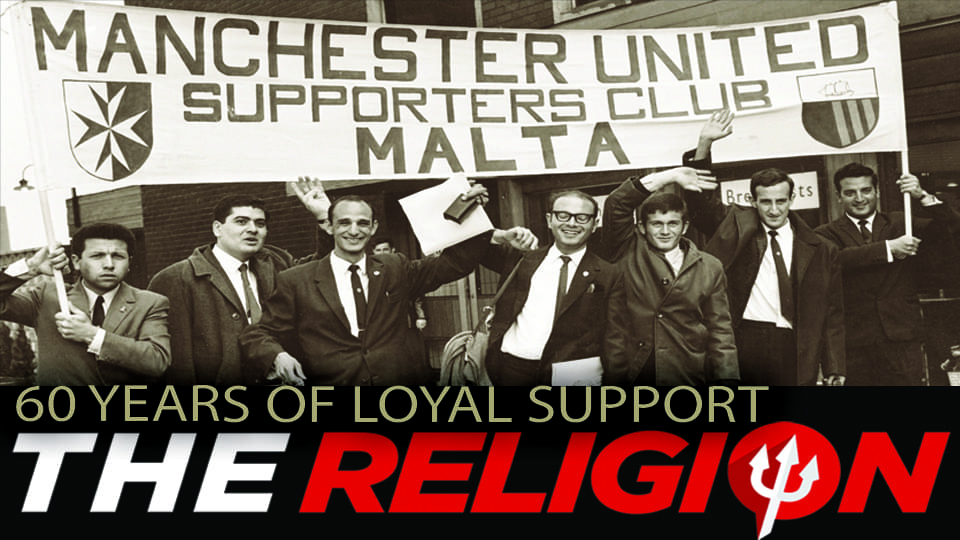 Filmmaker John Gubba picks up the story before the tragedy of the Munich Air Disaster in 1958 when founder John Calleja befriended the legendary Matt Busby. After surviving the crash that killed eight of his Busby Babes, the manager encouraged the young fan from Malta to set up the Supporters Club which has earned iconic status with fans worldwide.
In 2019 the Maltese supporters completed their 60th anniversary and this film includes exclusive interviews, rare archive footage and access all areas behind the scenes coverage of the biggest events in the Supporters Club's rich history.
From Manchester United's first ever visit in 1961 and the match that kicked off United's glorious first ever European Cup triumph in 68, to a year of activities that began with a team of Manchester United All Stars playing in a charity match, this feature length documentary is a rollercoaster of emotion.
Wes Brown, Ronnie Johnsen, Raymond Van Der Gauw, Ben Thornley, Keith Gillespie, Danny Webber, Russel Beardsmore, Arthur Albiston, Chris Casper, Lee Martin, Jonathan Greening, Nick Culkin joined McIlroy, Rod Thornley and manager Jimmy Greenhoff in Malta to play in the match celebrating Valletta 2018 as the European Capital of Culture. 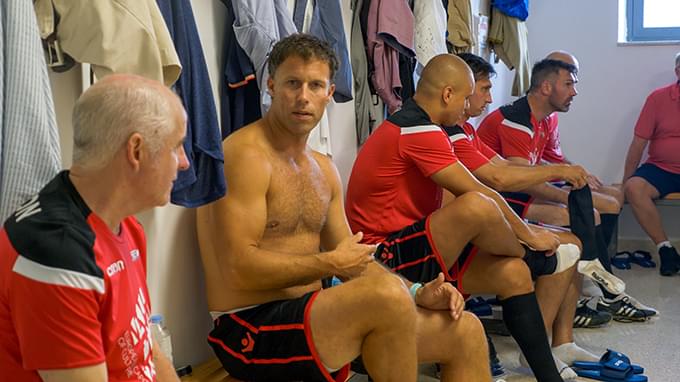 CLICK IMAGE TO BUY DVD
A star studded cast lines up at Hotel Football for a Gala Dinner hosted by Ryan Giggs, Gary Neville and Paul Scholes. And Nicky Butt joins Giggs and Neville at a final star-studded celebration in Malta in June 2019 attended by Busby's successor Wilf McGuinness.
Rare archive includes David Beckham's visit to Malta in 1999 when he was one of the guests of honour who accompanied the Premier League, Champions League and FA Cup trophies to Malta just hours after United won their glorious Treble. Also featured is Manchester United's 1948 FA Cup Final winning goalkeeper Jack Crompton and scenes from the Second World War when Malta was the most bombed country on the planet.
This is a cinematic documentary about Manchester United the likes of which you have never seen before. With a rousing sound track and an engaging cast of Malta's most famous fans. From founder Calleja and iconic fan Joe Glanville - who got to spend quality time with the Holy Trinity of George Best, Denis Law and Sir Bobby Charlton - to the current President Joseph Tedesco, who has a starring role during the 60th anniversary celebrations.
There are also appearances and contributions from a galaxy of fans and supporters club representatives from around the world, including well-known author Thomas Clare from Houston, Alex Nield and his father Jon, Steve Donoghue, Tony Easom, Big Lily's Keith Norris, Duncan Drasdo and Ian Stirling of the Manchester United Supporters Trust, and Peter Wood of the Edinburgh branch of the Manchester United Supporters Club.
By signing up you agree to VSI Enterprises Limited using your personal data in accordance with our privacy policy
JOIN 'THE RELIGION'

CLICK IMAGE TO BUY DVD
How big a Man Utd fan are you?

Watch this film about the world's oldest Manchester United Supporters Club, and I guarantee your love for our club will grow even deeper.
David Beckham and his Class of 92 teams mates Gary Neville, Ryan Giggs and Nicky Butt all star in this feature length film. There are appearances from Sir Alex Ferguson, Denis Law, Sir Bobby Charlton, Bryan Robson, Juan Mata, Sammy McIlroy, Paddy Crerand, Alex Stepney and many more Man Utd heroes. And they all enjoy a unique bond with our fans.
'The Religion: 60 Years Of Loyal Support' is a film that will make you proud to be a supporter of the most popular football club on the planet. Because for these fans, and many like them, their religion is Manchester United . . . win, lose or draw.
STREAMING IN 4K

BUY NOW
Our initial goal is to make a series of documentary films that will show why Manchester Is Our Heaven. But this is much more than that, this is about keeping the red flag flying high and proving Man Utd will never die.
#ManUtdTheReligion is a movement started by filmmaker John Gubba, who has been actively supporting Manchester United for more than 50 years. The aim is to pay tribute to the Footballing Gods we all adore, and to unite the fans from Manchester and all around the world who worship our team.

Subscribe to our free mailing list and we will keep you updated when we have a new film coming out. We will also let you know when we have any exclusive offers including discounts and free stuff.   We promise we will only send you occasional emails and you can unsubscribe at any time via the link in all our newsletters generated by mailchimp.
.
By signing up you agree to VSI Enterprises Limited using your personal data in accordance with our privacy policy
JOIN 'THE RELIGION' 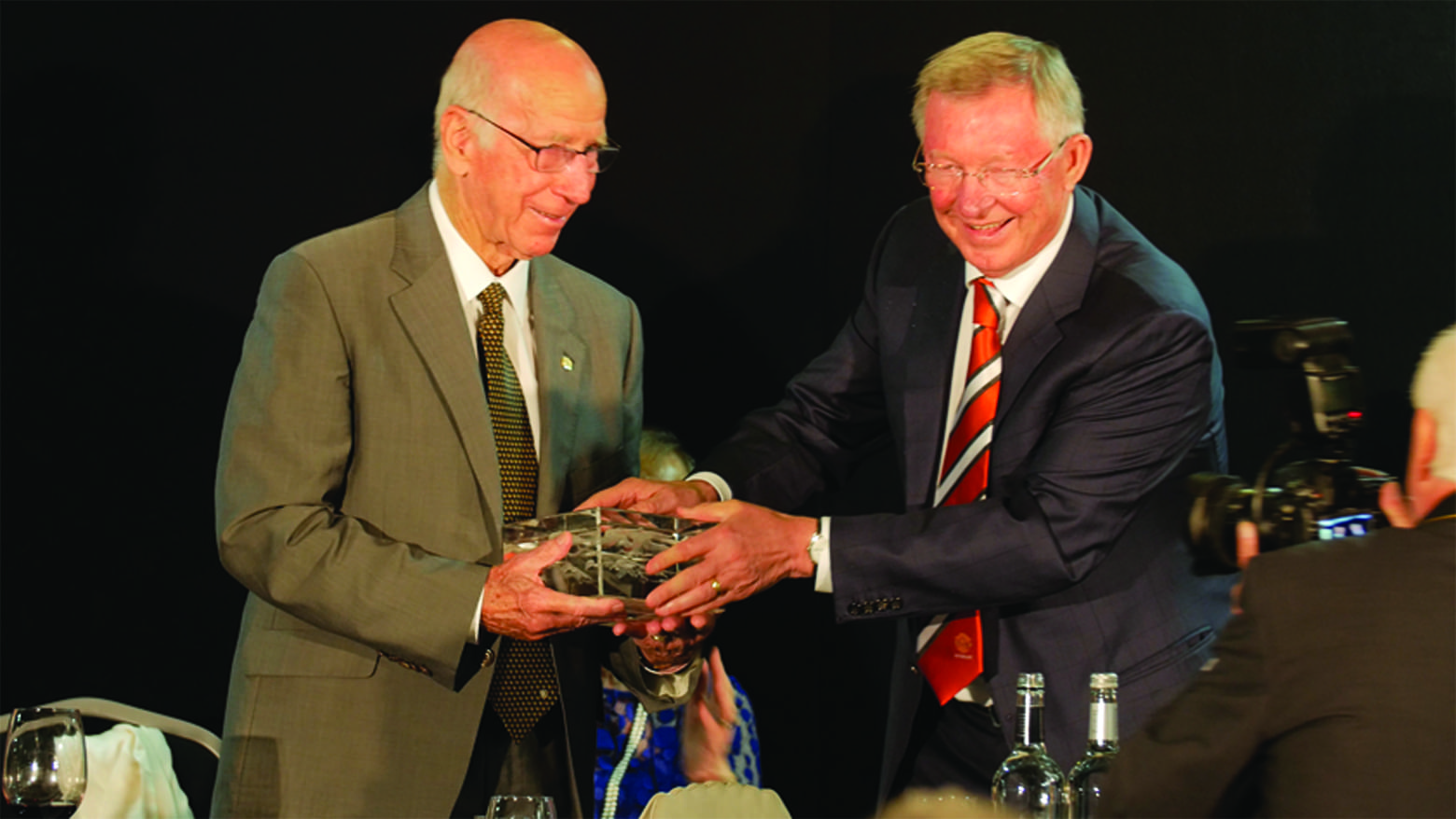 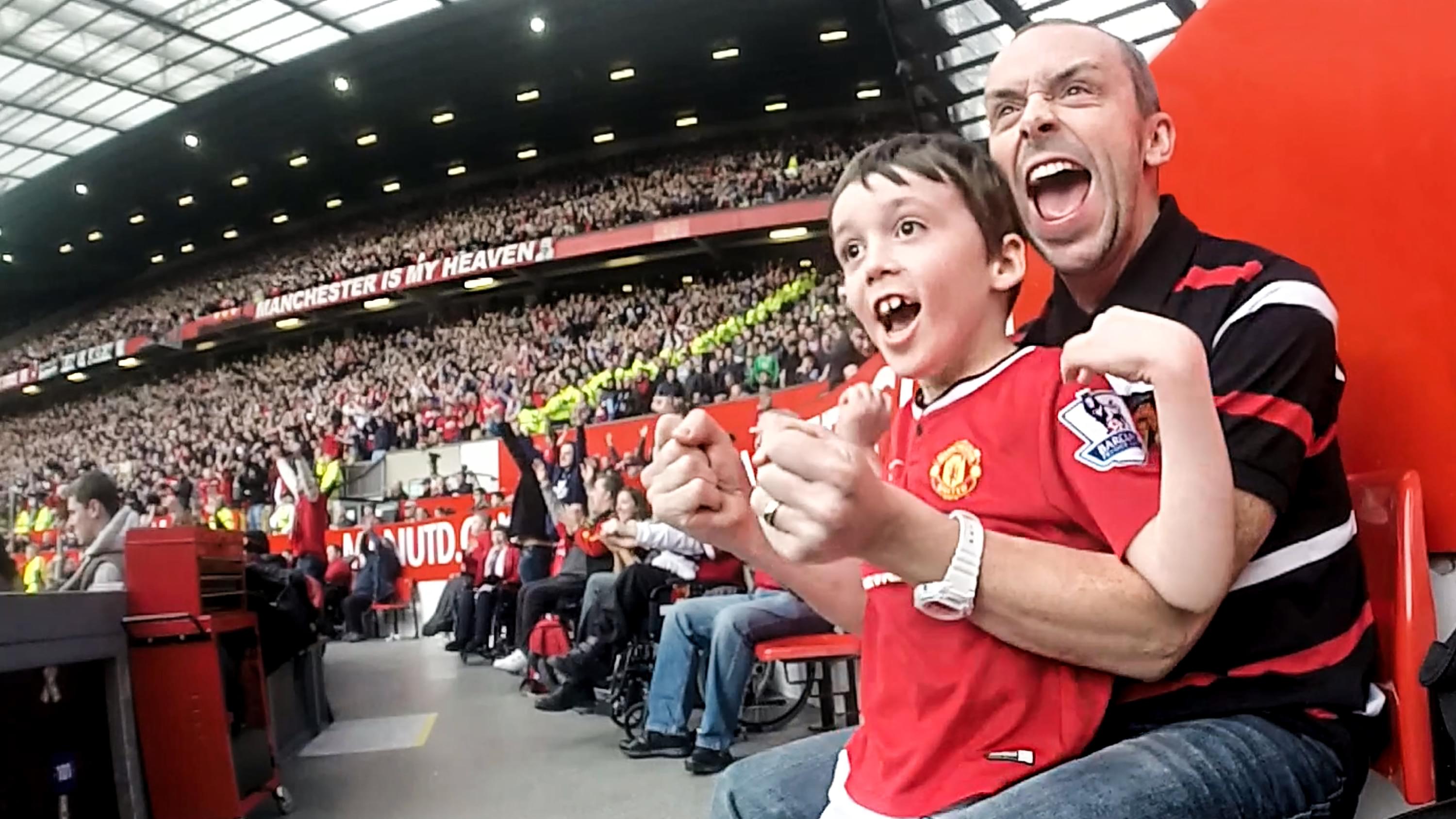 Our mission to keep
red flag flying high and ...
Produce a series of films about Man Utd The Religion
Pay tribute to our heroes
Share amazing stories and rare footage
Create new and exciting video content
Keep alive the memory of the Busby Babes

We Will Never Die
We have already started filming another feature length documentary that will pay tribute to the great Duncan Edwards and the rest of Busby Babes.

'The Religion: We Will Never Die' will be the story of how Manchester United was saved by Jimmy Murphy when he kept the Red Flag flying high until Matt Busby recovered from the Munich Air Disaster which killed eight of our players and a total of 23 victims.
Facebook
Twitter
Google+
Facebook
Twitter
Google+
When you join our private group you will be the first to enjoy access to rare and exclusive content as it becomes available. With your support we will create a unique tribute to the world's greatest football club, and share a special place where we can give you VIP access to view footage .
It's free to join #ManUtdTheReligion
And when you enrol in our private group we will send your first FREE GIFT . . . a short video of George Best talking about United's 1968 European Cup win 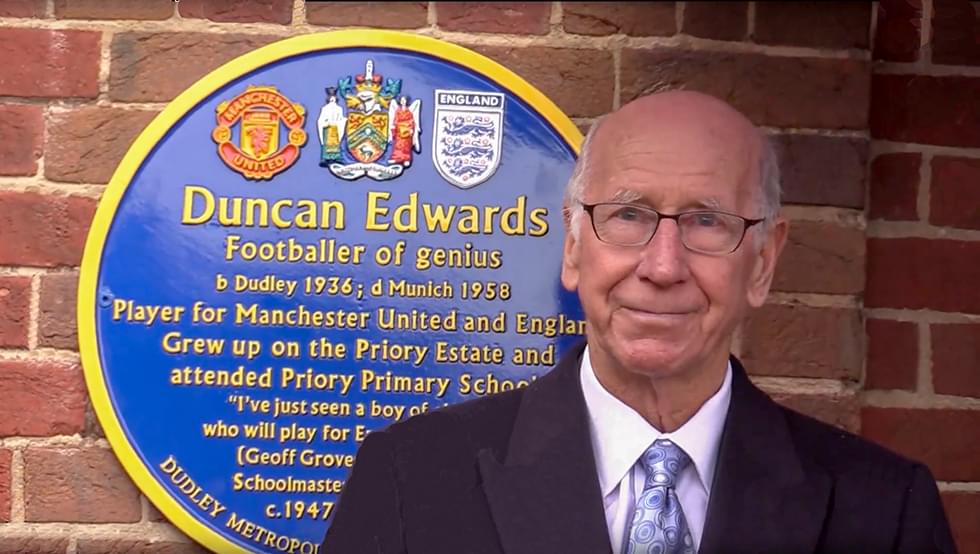 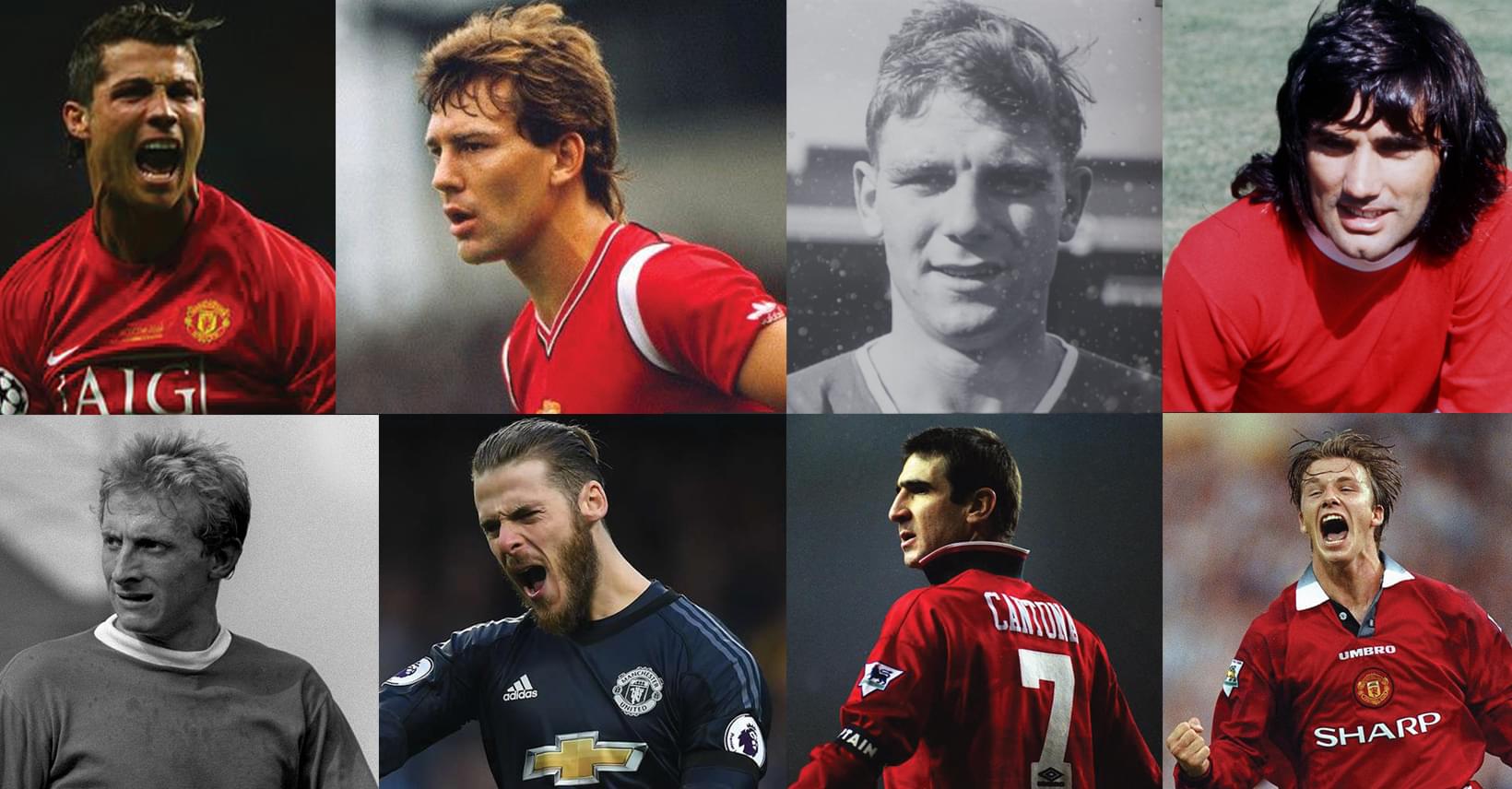 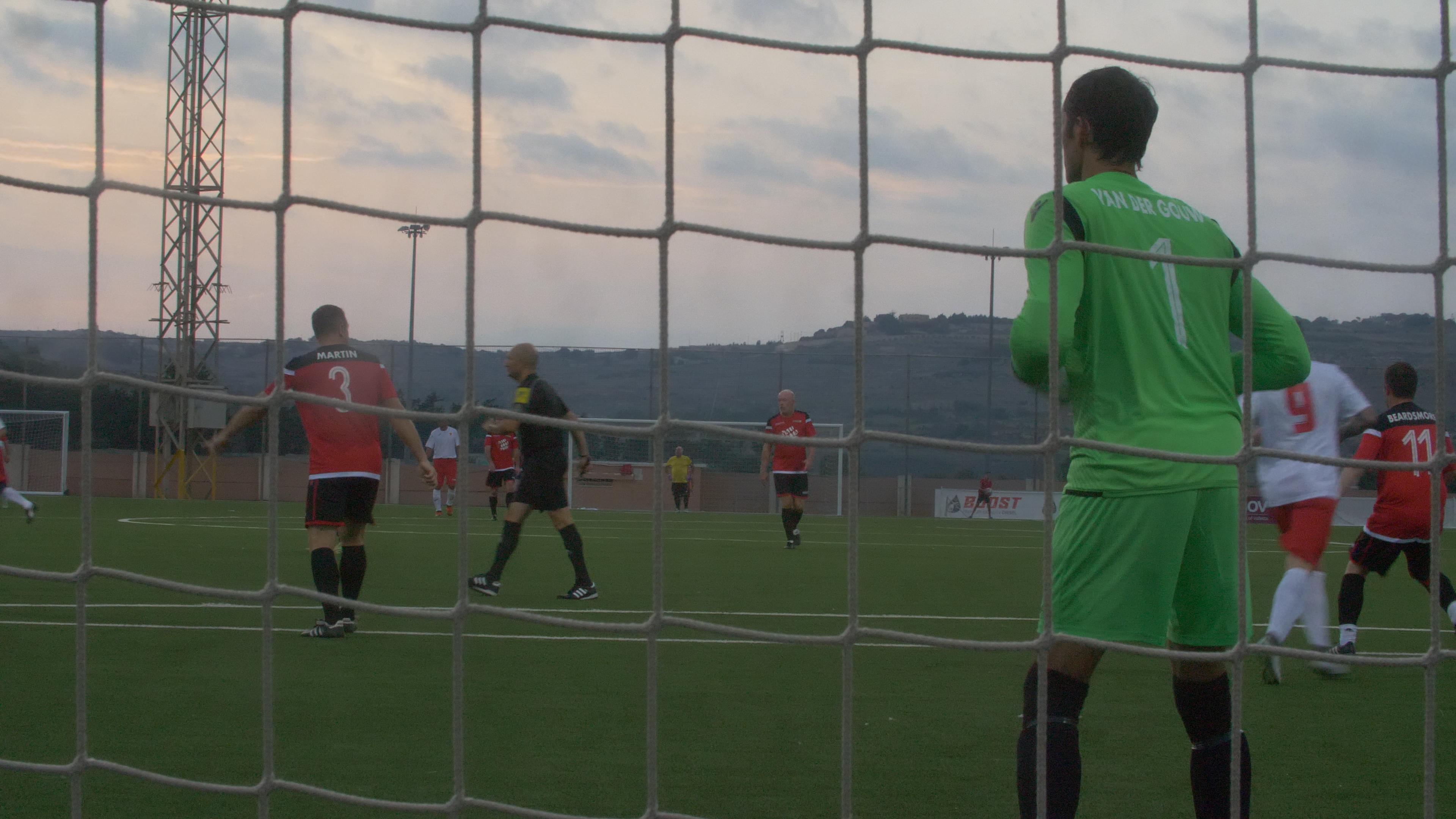